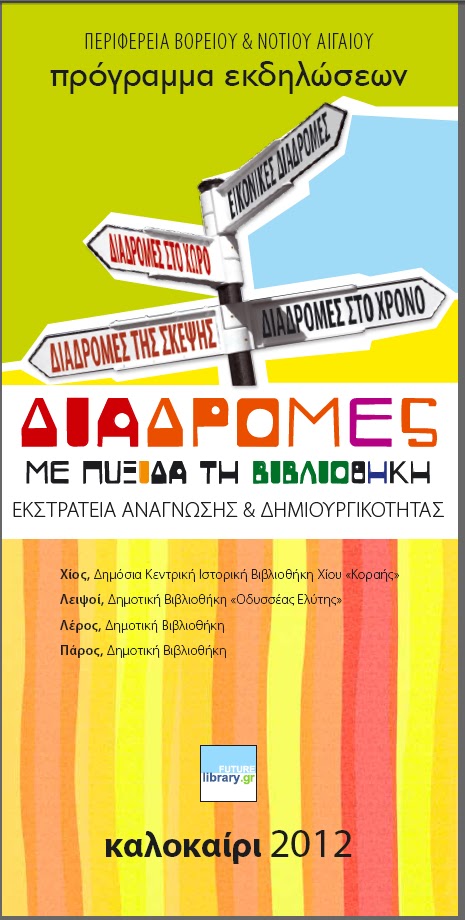 you can also find the program with this link :
http://api.ning.com/files/EWJtS-x0CRXfzvf1qF**05UePK468ttI0f922A4L1vz7N7ILjg3TdgfaSYqw8wMIMOtF00vPBKlX7V0-kCEg-kcuOSYWzzs8/10.pdf

The event on July 25th  has been cancelled. 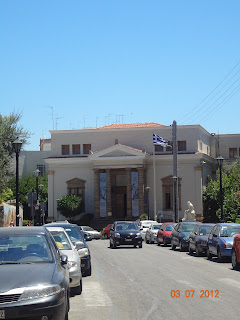 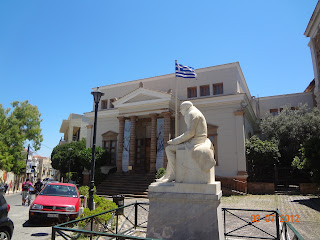 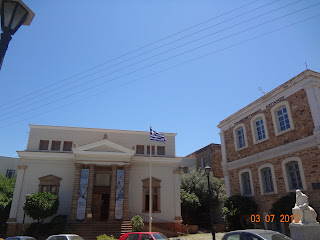 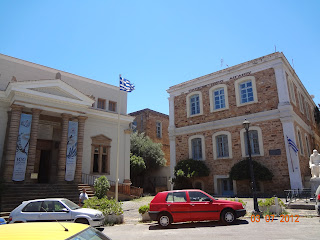 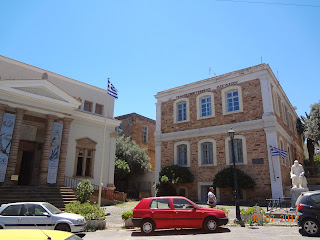 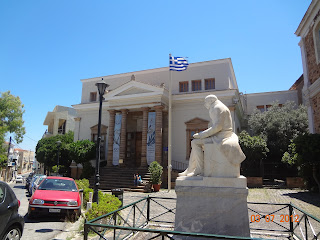 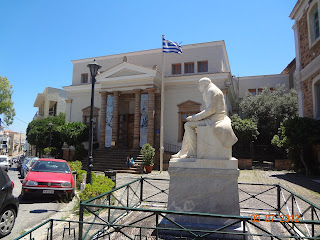 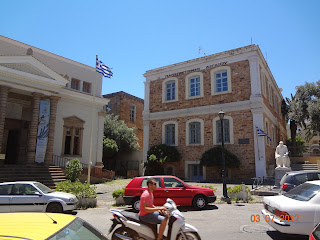 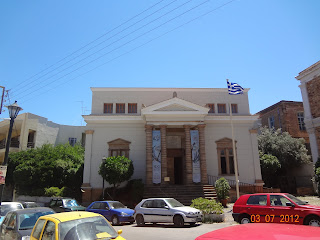 Koraes Library and Museum by www.chios.com

Chios counts with one of the largest libraries in Greece, the "Adamantios Koraes" Library. Established in 1792 as a department of the Great Chian School, today it stores a significant collection of over 130,000 volumes. 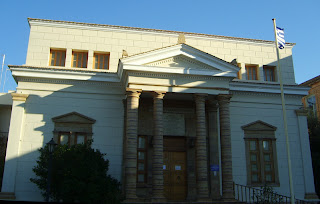 Apart from its size, one of the features that makes this library interesting is the origin of its books. The first ones were donated by Adamantios Koraes, the founder of the library, and many of his friends (mostly Greek living abroad). Later, the Argenti family, the major donator, were responsible of important upgrades and additions during the late 70s. Many other Chians have donated their personal book collections to the library, such as the important contributions made by Ioannis Andreadis, Zorzis and Tarse Dromokaitou, Alex. Pachnos, Georgios Michalinos, Alex. Votsanis, Leonis Kalvokoresis and Georgios Theotokas.

Before the Massacre of Chios in 1822, this library was the most important one of the whole region. Then, after the major earthquake in 1881, it was moved into a new building where it has remained ever since, and whose second floor was added after 1948 by Philip Argenti.

Today the Adamantios Koraes library reports to the Libraries Department of the Ministry of Education and Religious Affairs. It also publishes a comprehensive catalogue and archives of the Library's book collections, has a lending department, and it has a mobile library van for the villages of Chios. During the last years, it has been working on the modernization of its storage and access systems to ensure the usefulness and efficiency of the Library both with users, visitors and researchers.
For more information visit: www.koraeslibrary.gr

The Folklore Museum and Picture Gallery are located in the Koraes Library building and consist mainly of donations from the collection of the late Philip P. Argenti. In 1932 he founded the "Argenti Society" to preserve the historical and folklore material of Chios. In 1937 an Ethnological Museum was set up in the building of the High School of Chios and its collection was soon enriched with new donations. He later added another store to the Library building to house his books, the historical collection of paintings and prints and the folklore collection that he had donated, today the Folklore Collection and the Historic and Topographic Pictures of Chios sections. These new rooms were inaugurated in 1962 on the occasion of the 50th anniversary of the liberation of Chios. After Philip Argenti's death in 1974, his son Pantdely donated more books, paintings and folklore exhibits. He also built a new wing and renovated the building to its present form.
The paintings in the hallway, around the staircase and down the corridor of the second floor are all related to the History of Chios. In the hallway, there are also some historic and topographic pictures of Chios that illustrate the island as it has been between the 14th and the 19th century; some are gravures, others are aquarelles or oil paintings. At the basement, stand the statues of the donors of the Library, A. Koraes and Ph. Argenti, the blazons of the great families of Chios, personal manuscripts of Koraes and other personalities, medals, fossils, etc. On the second floor are the halls A, B, C, D and E, the last two gathering the folklore collection.

Historic events are mainly represented in the pictures in the hallway of Hall A. Some of the most interesting are four copper engravings by the French R. Paton representing the sea fight of the Russian admiral Orlof against the Turks at Cesme (Izmir) in 1770. The other pictures are oil paintings and copper engravings representing a number of sea fights against pirates during the 18th and 19th centuries. Paintings representing the city of Chios have been put above the gates that lead to B and D halls. In the corridor's walls hang six paintings showing the Massacre of Chios in 1822, some oil paintings and a genuine lithography of Delacroix. 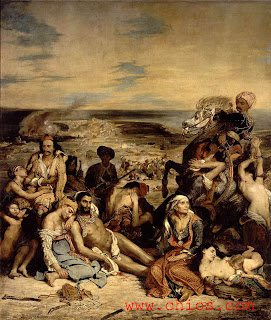 The most important works exhibited in Hall B are portraits and busts. The portraits are of members of some great families of Chios, and the best ones are those of Jenny Skilitsi (1853), Alexandra Mavrokordatou - Skilitsi (1872), Amvrosios Argenti (1861), Vierou Argenti (1861), Joulia Ralli - Argenti (1890), Maria Julia Argenti (1877) and Panteli Argenti (1879). The busts are marbled busts of Marouko Argenti and Maria Julia Argenti, the bronzed busts of Ph. Argenti's children and of Michalis Mavrokordatos, and ivory miniatures representing other members of the family. Apart from that, there are also medals, very interesting coins and personal belongings of the Argenti family. Among these, there are items as a sword, christianizing laces, miniatures in porcelain frame and a Evangel covered by ivory.

Hall C covers the costumes part of the Chian culture. The paintings exhibited illustrate mainly the dresses of the villagers between the 16th and the 20th century all around the island. While mostly are works from tourists, the latest ones were created by painters by order and direction of Ph. Argenti after he had gathered some information about local people. Besides, three showcases expose the porcelain models of the dresses illustrated in the above paintings, a unique collection since the matrixes were destroyed after doing these pieces.

Halls D and E of the Argenti Collection feature local folk art works and items regarding the four following subjects: embroidery, textiles, dresses and woodcuts. The embroidery works are taken from dresses and house decoration from the beginning of the 20th century. The textile ones are mainly ribbons from the 30s, also taken from dresses and decoration. The dresses part is interesting, since Chios produced a great variety of traditional dresses. Finally, the woodcuts show us mostly pastoral topics.

Koraes Library Chios
Chios, Chios, Greece
The Koraes Library is Chios’ central public library. A historic institution whose history goes back to 1792, it is one of the oldest and biggest libraries in Greece. http://www.koraeslibrary.gr/frontoffice/portal.asp?cpage=NODE&cnode=4&clang=1